Pamela Fudge: Not My Affair 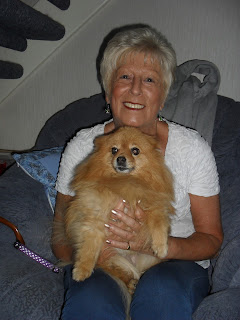 We are delighted to welcome Pamela Fudge to the blog today. Read about her varied career as she answers our questions below:

You are a prolific writer of novels and short stories. Did one follow the other or do you write them in conjunction?
After joining a creative writing class in 1983 I tried my hand at whatever the tutor set for us and quickly discovered that fiction was my passion. I was lucky enough to have a short story accepted for publication within four months of starting the class. Soon I was getting regular acceptances from the majority of women’s magazines and, more than happy with that, I had no real desire to try my hand at anything longer - until I started to feel left out when everyone in my writing group seemed to be tackling a novel. To my amazement my second attempt – a romance – was accepted for publication and, once my novels were being published regularly I concentrated on those. I’ve recently decided I can do both – so I am!

I understand you spent some years as a tutor of ‘Writing for Pleasure and Profit’. Tell us a little about the teaching aspect of your career.
I was ‘encouraged’ to take over the Adult Education class when the current tutor moved away, because I was already getting published regularly. I gained my teaching qualifications and had my first novel accepted for publication in the same year. What I loved most about teaching was building up the confidence of fledgling authors, and helping them to turn a good story or article into a great one. I still have the scrapbooks I filled with my student successes and I still hear from students who continue to get published.

Your latest book, Not My Affair, is due for publication on 30th November. Not long now. Can you whet our appetites a little please?
I write contemporary family fiction and find plenty to write about from the ups and downs of family life. (Just generally, I hasten to add, not my own). Not My Affair (my 14th novel) opens with the discovery of the husband’s affair – on Christmas morning. Jack finds himself out on the street – unaware that his wife Fay is pregnant after years of them trying for a family. With the affair over, Jack is desperate to save his marriage. However, his ex-mistress has other ideas and suddenly it seems that Fay could actually be in danger.

You are a member of several writing associations (the RNA for one) and organisations. How have these aided you in the past and are there any you would particularly recommend to our readers?
The RNA, and in particular the New Writers’ Scheme, played a big part in my transition from short fiction to novels. My first romance wasn’t accepted for publication, but the very positive critique I received from the NWS encouraged my belief that I could be a novelist, and my next attempt, Reluctant For Romance became my first published novel. I eventually re-wrote the original romance. It became Second Best and was published as a mainstream novel in 2009.

I see you have a dog. We like to know something about our guests, other than just their writerly pursuits. Without straying too far from the subject, are your walks a time of complete freedom from work or do you find yourself turning over ideas as you go?
I have a rescued Pomeranian dog called Honey (and also a 21 year old long-haired tortoiseshell cat called Ellie). I walk Honey twice a day on the heath behind my house. Mostly the walks are a time for Honey and me to socialise with other walkers and their canine friends. However, if I am stuck on any aspect of a novel – most often it will be finding the perfect ending – then a good walk and a good think usually has me rushing back to the keyboard.

Have you always been a writer or was there an earlier career? Or, indeed, do you hold down another full time job and write in your ‘spare’ time?
I was a Recruitment Administrator at Bournemouth University for many years, until I retired at the end of 2011, and it was during my time there – and after I had been widowed for the second time – that my career as a novelist really took off. At least one Pamela Fudge novel has been published each year since 2006. 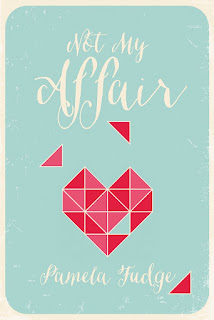 Are you working on another novel? What can we look forward to after ‘Not My Affair’?
I have completed the first draft of another novel,Least Said, but gave most of this year over to bringing some of my back catalogue of published and unpublished novels out as e-books. It’s been a very different way of passing the time and I’ve enjoyed it – but I am looking forward to getting back to some ‘real’ writing again.